Now more than ever after being so disconnected from our communities during the pandemic and as we begin to re-engage again, we must be supporting local small businesses. Here in Charlotte, we are lucky to have some incredible businesses to support, one of our favorites being local distillery Great Wagon Road Distilling Company.

Founded by Irish native, Oliver “Ollie” Mulligan, Great Wagon Road Distilling Company is the oldest distillery in Charlotte. Although Ollie is the first in his family to make legal spirits, three generations ago in the midlands of Ireland, Ollie’s grandfather Patrick Quinn and a group of friends began the family tradition of whiskey making by distilling poteen and unaged white whiskey. Consequently, a neighbor reported him to the police, and Patrick was arrested on December 23rd, 1953.

After moving to the United States, Ollie made his way through corporate America and eventually in September 2013 “after a handshake and a few pints with a mate”, he revived his family tradition of whiskey craftsmanship, and established Great Wagon Road Distilling Company. On December 23, 2015, Ollie received his liquor license and now celebrates December 23rd as “Quinn’s Day.” 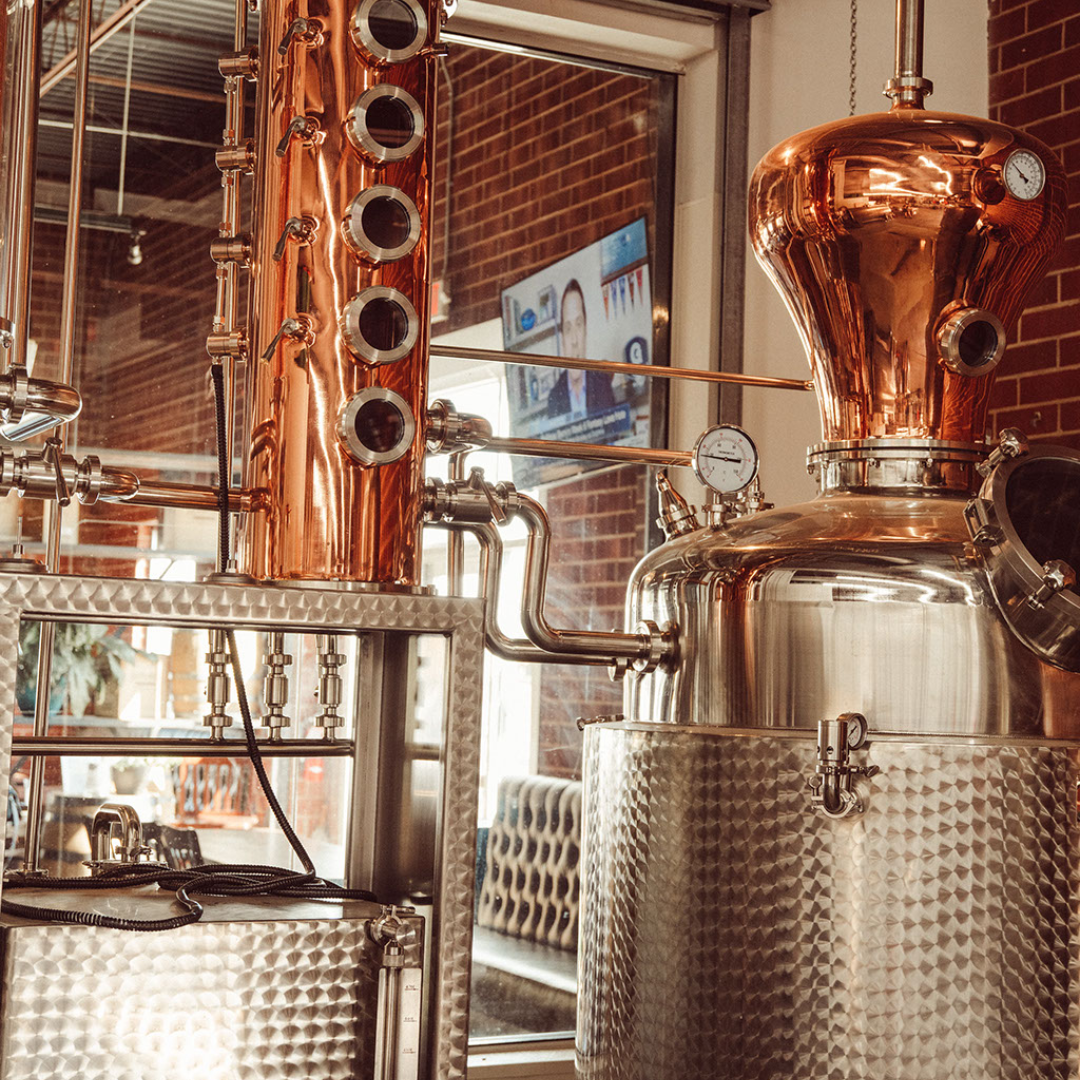 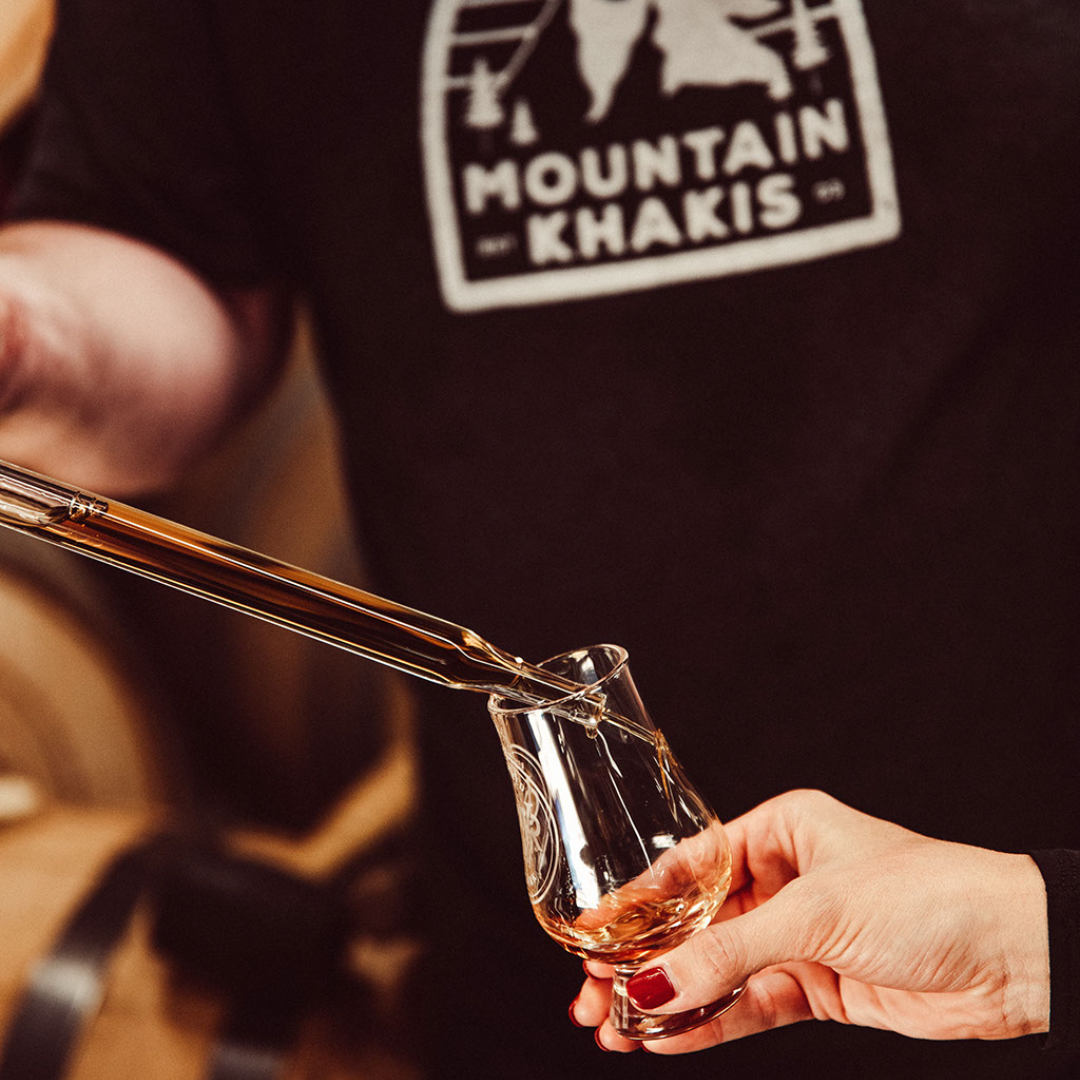 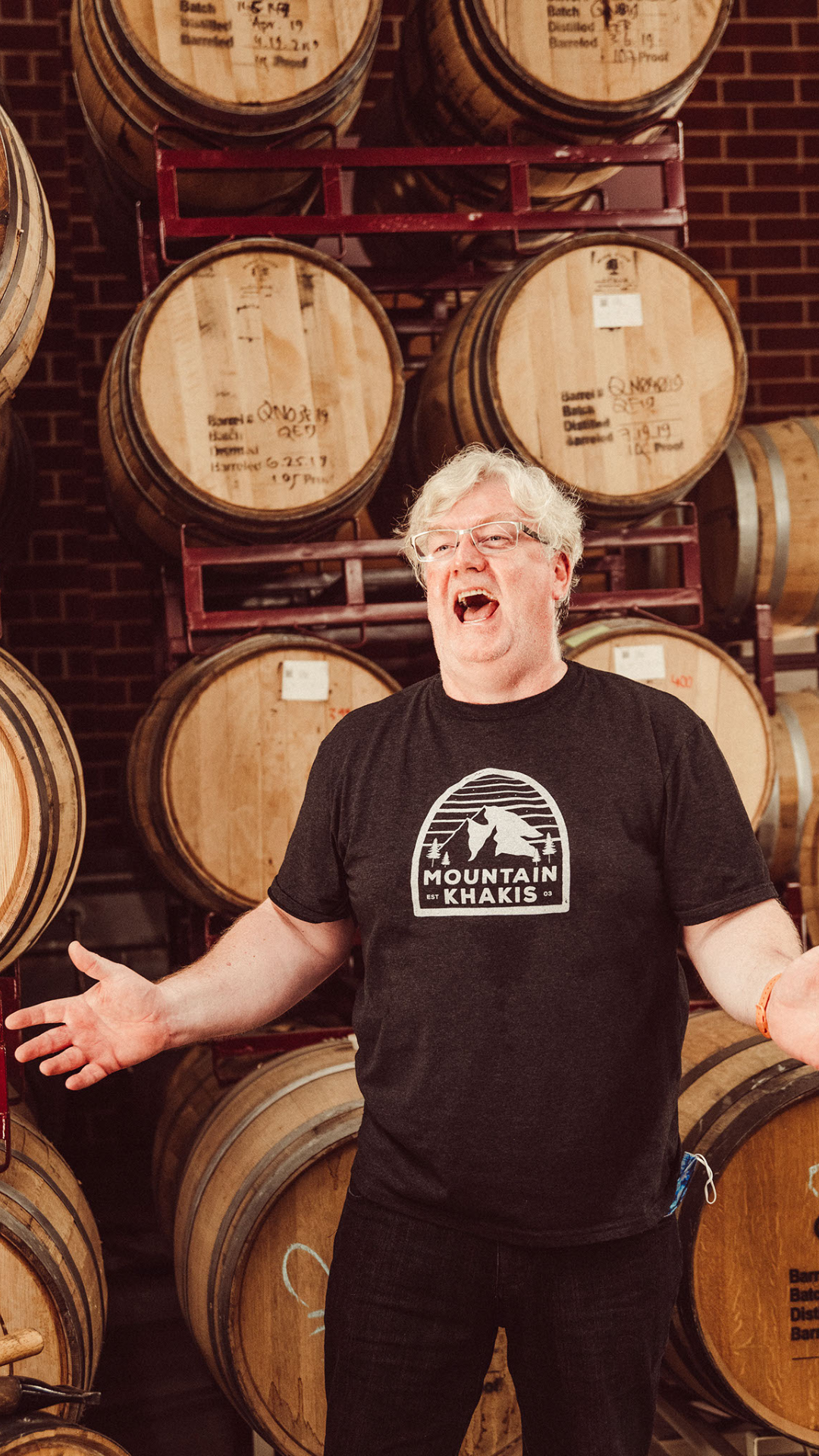 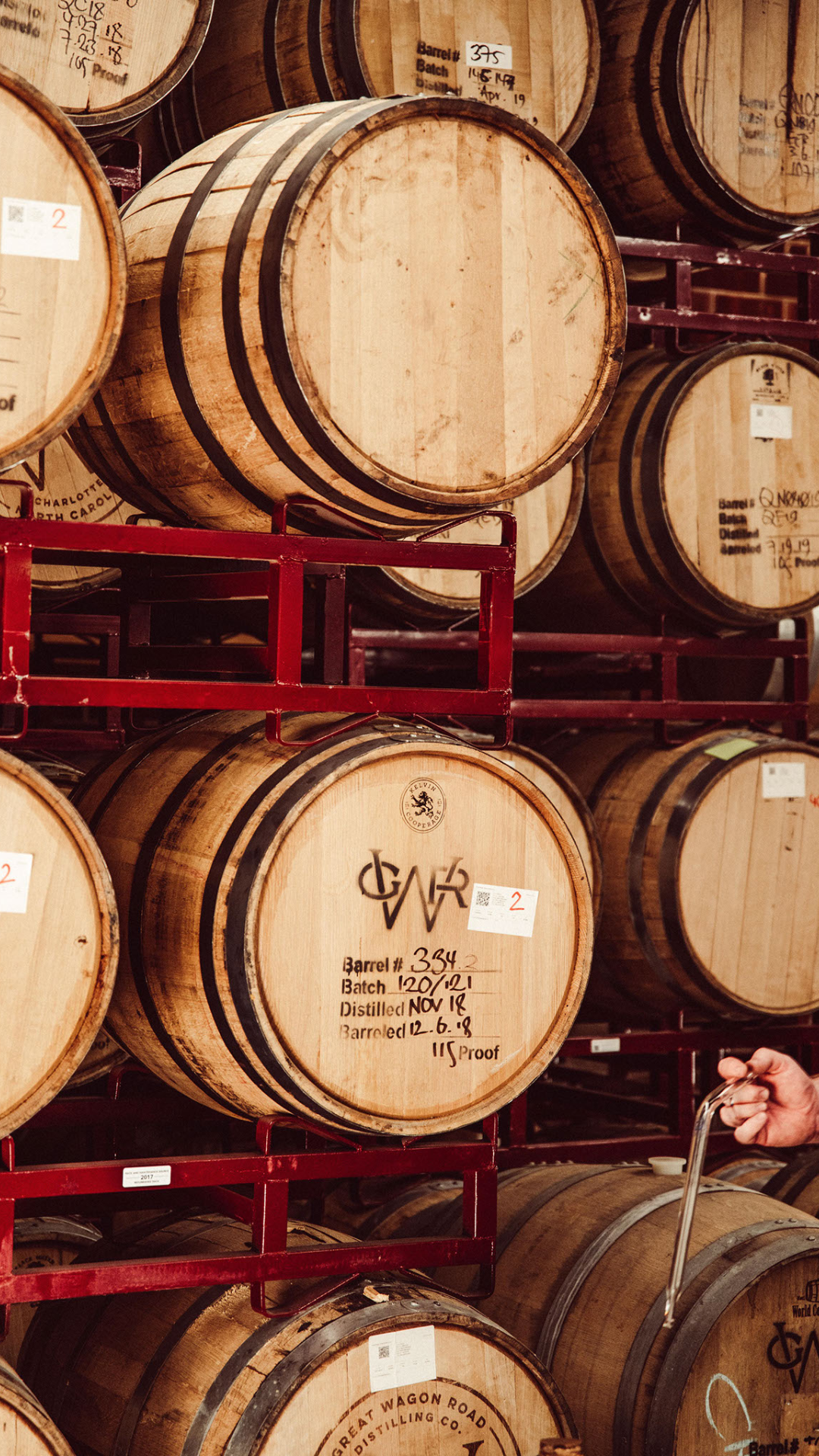 Great Wagon Road Distilling Company has become much more than the story of one man’s journey, it has become a cornerstone of the community culture of Charlotte. They contribute to the community in so many different ways by creating employment, developing local pride around their product, and most importantly creating a place for the community to come together whether it be open mic night or trivia night.

The alcohol itself is crafted with intention. GWR was the first alcohol brand in the world to voluntarily put their nutritional information on their bottles, and the ingredients are simple: Water, Barley, and Yeast. No additives, colorings, blending agents, or bonding agents. The water is sourced from spring water straight off Ollie’s own property in the Blue Ridge Mountains from Yancey Co. North Carolina. They also created a program, “Refill Not Landfill”, which allows customers to bring in their old bottles and reuse them. 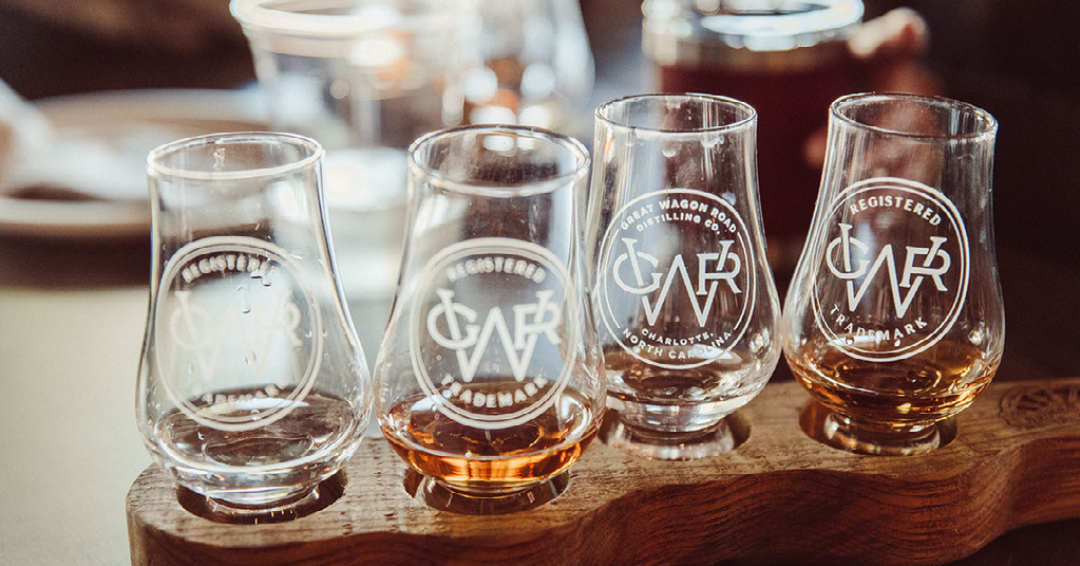 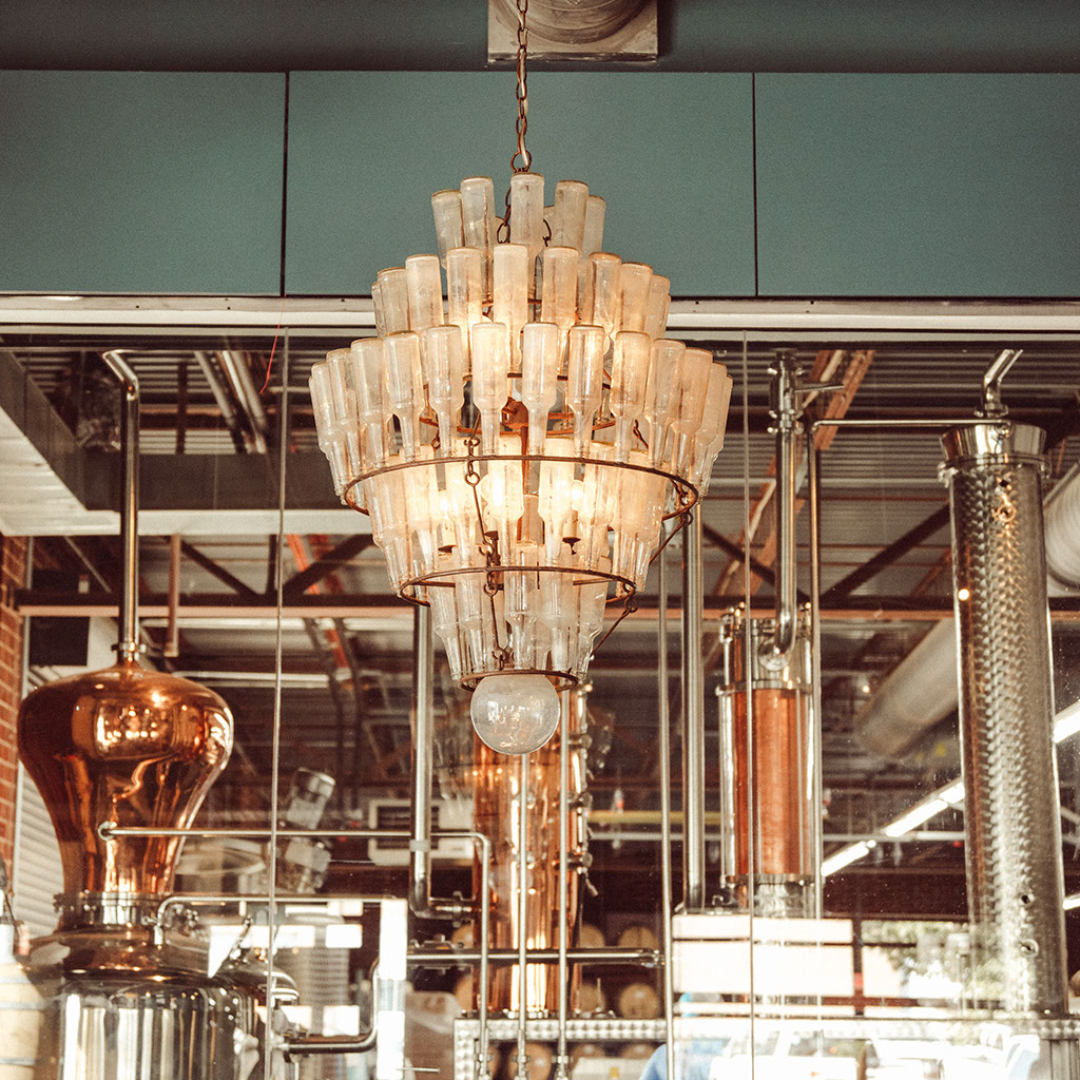 We like to say our two small brands are kindred spirits, there is an undeniable synergy between them. We are both heavily focused on the detail and the quality of the products we are providing, as well as what we can offer to our community. We aren’t looking to cut corners, we both take an artisan approach to building a quality product, and put care and thoughtfulness into every product we create.

You aren’t just buying goods and services when you shop, you are taking part in a brand’s story. We urge you to shop small, shop locally, and shop intentionally this holiday season. 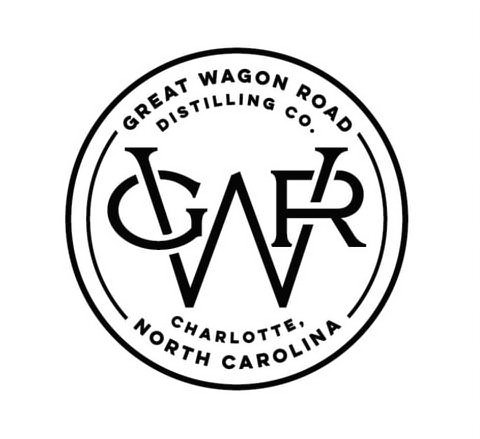